What did you say?

Currently, each traditional Medicare (MC) enrollee has an identification card with a Health Insurance Claim Numbers (HICN) (i.e. policy number). For the clear majority of MC beneficiaries, the HICN is the patient’s social security number (SSN) followed by the letter “A” (for beneficiary), with some exceptions, such as “B” for spouse of 65 years old and “C” for child or grandchild of a retiree.

The SSN-based HICN is being eliminated! The Medicare Access and CHIP Reauthorization Act (MACRA) of 2015 requires the Centers for Medicare and Medicaid Services (CMS) to remove Social Security Numbers (SSNs) from all MC cards by April 2019. A new MC Beneficiary Identifier (MBI) will replace the SSN-based Health Insurance Claim Number (HICN) on the new MC cards for MC transactions such as billing, eligibility status and claim status. You can find more details in the 5/30/17 press release and latest Open Door Forum slides (6/8/17).

The MBI will clearly be different than any HICN or Railroad Beneficiary Number, 11 characters in length, and made up only of numbers and uppercase letters (no special characters). Each MBI is unique, randomly generated, and the characters are “non-intelligent,” which means they don’t have any hidden or special meaning. An example of an MBI is 1AN0XA9MR84 – you can see it is random! More specifications on the MBI can be found by clicking here.

Why is CMS making these changes?

Let’s ask a different question—what do you think about your SSN being on an ID card given to multiple healthcare providers and insurance carriers, whom also have other personal health information (PHI)? Congress, the General Accountability Office, MC beneficiaries, providers, and many advocacy groups believe the SSN is not the best practice. The importance of privacy and security for patients, provider, and businesses as described in HIPAA law is on the forefront in the healthcare world; therefore, it has been recognized that including the SSN on ID cards is insecure and an idea of the past.

When is this happening?

Beginning in April 2018, CMS will begin mailing the new MC cards with the MBI to all people with MC.

Starting January 1, 2020, only the MBI will be excepted by MC (with a few exceptions).

Who does this affect?

Benefits will not change, and beneficiaries should start using their new cards as soon as they are received beginning April 2018. 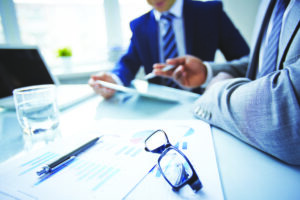 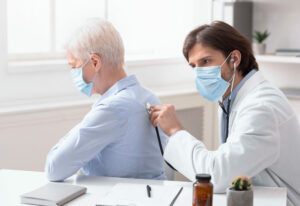 What is the difference between a CHC and FQHC? 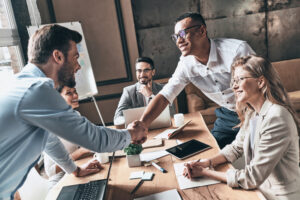 How Upgrading From An Amateur Biller Can Improve Behavioral Health Collections