Pros and Cons of Universal Healthcare aka Medicare for all It’s a hotly contested topic in our country ahead of the next round of presidential elections: universal healthcare. But what does it really mean for medical practices and professionals? And why is it so important to patients?

While most doctors sit staunchly on one side of the line for or against a single-payer healthcare system, it does pay to understand both perspectives when deciding on an official position. Here are a few pros and cons of universal healthcare.

PRO: Make It Easier for Patients to Seek Treatment

Most medical professionals strongly believe that sick patients should have access to at least a basic level of healthcare. However, the reality is that a good chunk of the population can’t actually afford the care they need to be as healthy as they should be.

Introducing universal healthcare would change all of this. In fact, this is where those in favor of a right to healthcare make their strongest argument in favor of the plan. By regulating the amount of money providers can charge for certain health services, the overall cost of care would decrease. It would also help adjust the cost of medications to a manageable level for more patients, which in turn could help the economy.

Furthermore, it would make it easier for more patients to seek treatment, including children. Studies have long shown that access to healthcare in the formidable years greatly affects a person’s overall health as an adult. Universal healthcare would allow many more families to seek basic treatments such as vaccinations and routine checkups.

From this standpoint, this type of healthcare system sounds like an optimum choice—people getting what they need, when they need it, at a price they can afford to pay. But, as critics point out, that decrease in cost has to come from somewhere and it would likely be healthcare providers and pharmaceutical companies that would see the biggest hit to profits.

In addition to lowered costs, the other downside to government oversight is that doctors have less flexibility in rate negotiation. For some practices, this can mean a highly detrimental decrease in profit.

With a single-payer healthcare system, government bodies determine the actual amount a doctor can charge for services. This is a stark contrast to the current system, where medical practitioners set their own fee schedules and then negotiate rates for specific services with insurance companies.

Must Read: What Does Universal Healthcare Means for Medical Practices

The only variance to this is providers who accept Medicaid. In this case, the rules are the rules and providers are only paid if they follow them exactly. For many doctors who already accept this type of coverage, the thought of changing to a single-payer system really isn’t as scary as they are pretty much already used to this type of system. The only difference would be that there would be no private party insurance to help offset the lowered billing amounts.

PRO: It Could Increase Demand for Medical Services

As we’ve already discussed, proponents of a universal healthcare system allege that the biggest benefit to this type of system is that it could make medical services affordable for more patients. In turn, this means more people seeking out healthcare who might have attempted self-care or no treatment at all.

For those in certain specialty practices, this has a good chance of meaning an increase in the number of patients. Why? Those who currently don’t have coverage for certain niche types of care would now be able to seek medical advice. This is a great prospect for practitioners who want to keep their schedules full and their billing on pace with clinic goals.

CON: It Could Diminish the Quality of Care People Receive

A higher patient demand could equate to longer wait times for care. In countries where universal healthcare is present, it isn’t unheard of for patients to wait in upwards of two to three months to see a specialist.

For providers, this increased demand creates a massive burden as to how to categorize patients in a manner that allows those with the most critical needs to benefit from treatment first. Furthermore, an increased strain on medical practices and clinics means less personalized care and an increased chance of a mistake or malpractice.

Another little-known side to a single-payer healthcare system is that there are budget caps. In Canada where the system has been around for years, there’s usually a set budget amount to pay for the public’s access to medical procedures. When that cap is met, there’s no room for more. This leaves patients needing surgeries and other treatments waiting until the next fiscal budget is released. In turn, the overall quality of care becomes diminished for those who desperately need the services the most.

Is a Universal Healthcare System the Right Way to Go?

According to an article by Forbes, the American Medical Association (AMA) has a firm perspective on universal healthcare. Instead of providing free or low-cost coverage to everyone, the group prefers a different approach called healthcare for some. With this approach, private insurers would still stay in business and be available to those who need it. However, lower-income or those diagnosed with specific serious health conditions would have access to government-funded care. Essentially, it would be an expansion of the current Medicaid system with a few additional caveats.

The one thing everyone can agree on is this: our current healthcare system is a mess. Those who need care aren’t receiving it and costs are much higher than anyone would like. As we move into a new year and a new political era, it is important for you as a medical professional to decide where you feel universal healthcare fits into our system based on these pros, cons, and your personal experience.

Looking for an easy way to make your medical practice more efficient and improve profits? Our team at M-Scribe Medical Billing Services is here to help. Contact us today at 770-666-0470 or email me at h.gibson@m-scribe.com 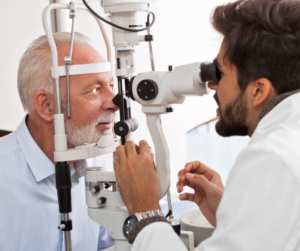 Why Outsourcing Ophthalmology Medical Billing Is the Smart Choice 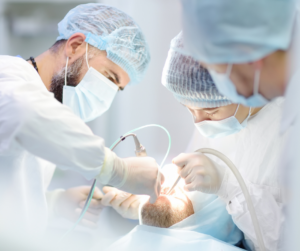 How to Ensure Billing Compliance in Anesthesia